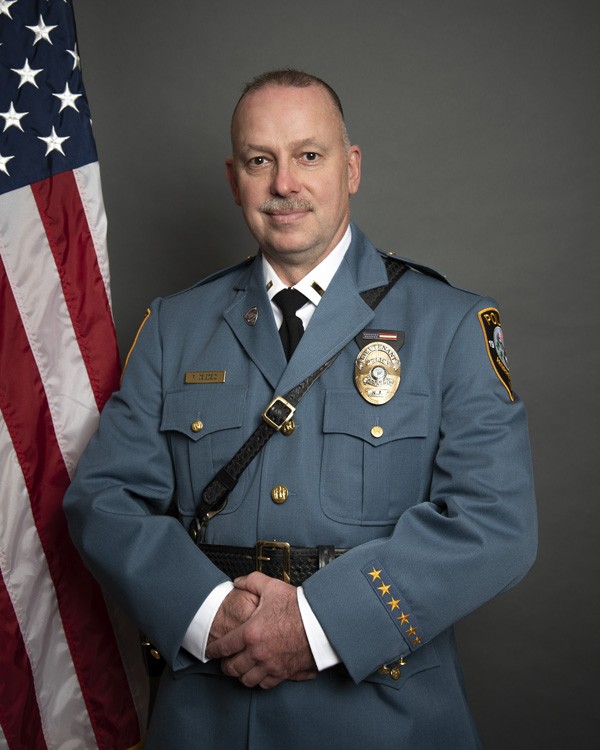 Captain Paul Dziedzic is a veteran officer with 29 years of dedicated service. He began his career in November 1993 with the Port Authority of New York & New Jersey assigned to the Patrol Division. In April 1997 he was appointed to the Warren Township Police Department and assigned to the Patrol Division and later the Detective Bureau. In January 2007 he was promoted to Sergeant where he was assigned as Patrol Supervisor and later Detective Bureau Supervisor. Additionally, he was assigned to the Somerset County Burglary Task Force and served on several multi-jurisdictional task forces. In January 2014 he was promoted to the rank of Lieutenant and assigned as the Patrol Commander, Training Coordinator & Supervising Firearms Instructor. In November 2022, he was promoted to the rank of Captain and his duties remain the same.

Lt. Herbert Hentschel is a veteran officer with over 27 years of experience and dedication to the Warren Police Department. He was appointed to the police department on January 1, 1996 after completion of the Gloucester County Police Academy where he graduated with honors, earning the Police Merit Award, the Police Director’s Award, and the Physical Fitness Award. Following graduation, he was assigned to the Patrol Division and later the Detective Bureau. Additionally, he was assigned to the Somerset County Organized Crime and Narcotics Task Force and the Warren Township Inter-Agency Task Force. In December of 2004 he was promoted to the rank of Sergeant where he was assigned as a Patrol Supervisor for the Patrol Division. In June 2007 he became the Senior Sergeant and in September 2008 he was selected to run the department’s Services Division. In December 2011, he was promoted to the rank of Lieutenant where he served as the Services Administrator overseeing the Traffic Bureau, Police Dispatch, and clerical staff. In July 2012 he was selected to run the department’s largest division, the Patrol Division. In January 2014 Lt. Hentschel returned to lead the Services Division. Lt. Hentschel is also the department’s Internal Affairs Supervisor and is the department’s Executive officer.

Lt. Hentschel is a two-time recipient of the Chief’s Achievement Award, Warren’s Exceptional Service Award, Valor Award from the 200 Club of Somerset County, and has received numerous letters of Commendations and letters of Appreciations over his career. He holds a Bachelor of Science degree in Criminal Justice from Rowan University. In June 2016 he continued his education by attending the prestigious F.B.I Mid-Atlantic LEEDS Executive Leadership Training, where he received specialized training in Law Enforcement Executive Management. 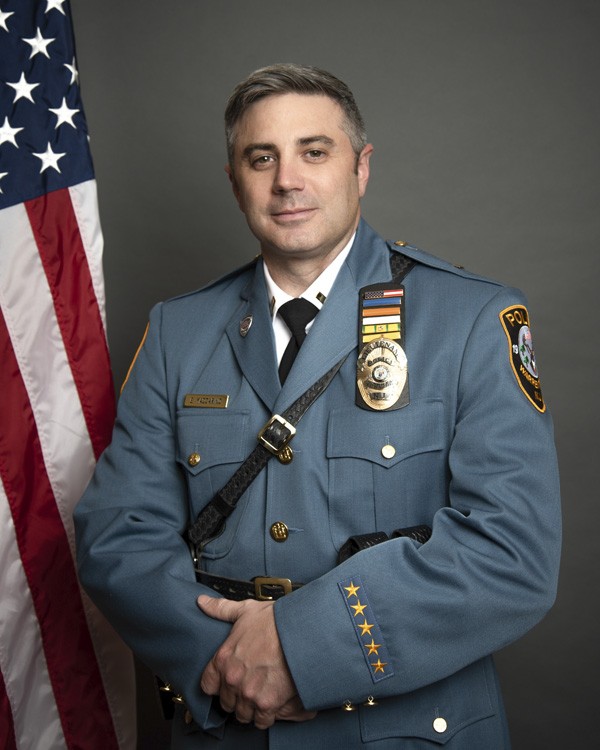 Lieutenant Eric Yaccarino is a veteran officer of 24 years of dedicated service to Warren Township. He was appointed to the Police Department on January 1, 1999 after graduating from the Somerset County Police Academy. He was assigned to the Patrol Division and later to the Detective Bureau. Additionally, he was assigned to the Somerset County Organized Crime & Narcotics Task Force, served on several multi-jurisdictional Burglary Task Forces and was the first Officer in the department to be trained and certified as a Drug Recognition Expert. He attended the Northeast Crime Scene Institute where he was certified as a Crime Scene Investigator. In May of 2011, he was promoted to the rank of Sergeant and served as a Patrol Supervisor and later assigned as the Detective Bureau Supervisor. In September of 2014, he was promoted to the rank of Lieutenant where he currently serves as the Administrative Commander and presides over the Detective Bureau operations.

Lieutenant Yaccarino was the recipient of the Somerset County Prosecutor’s Office Honorable Service Medal in December of 2006 and received numerous departmental commendations throughout his career. He holds an Associate’s Degree in Criminal Justice from Raritan Valley Community College. He also attended and graduated from the New Jersey Association of Chiefs of Police Command and Leadership Academy where he received specialized training in Law Enforcement Executive Management.