The newly created Warren Township Police Department was established on April 20, 1972 by township ordinance under Mayor Samuel H. Christie III.  On March 8, 1973 the 14 new officers were officially trained and chartered to protect the residents of Warren Township under the direction of the first Chief of Police, Leonard Visotski. Prior to that the New Jersey State Police handled all police matters within the township.

Currently, the Warren Township Police Department employs 31 police officers, 5 communication officers, the Chief’s Administrative Assistant and a Records Specialist. The department operates 24 hours a day 365 days a year, with a Patrol Division, Detective Bureau, Traffic Bureau, and K9 Officer.  It has a full-time communications center that is staffed 24 hours a day. The Warren Township Police Department takes great pride in serving the citizens of Warren Township and looks forward to every opportunity to interact in a friendly and professional manner with the community that we proudly serve. 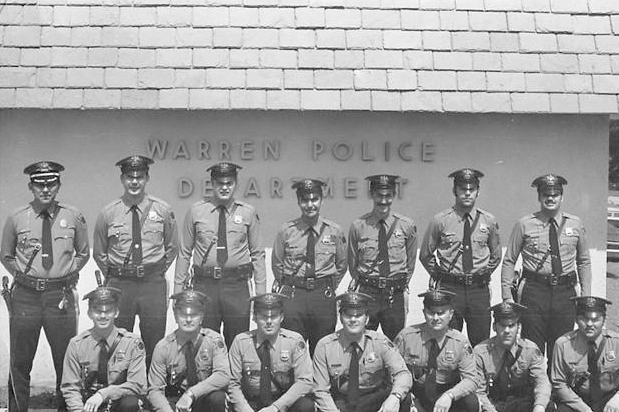 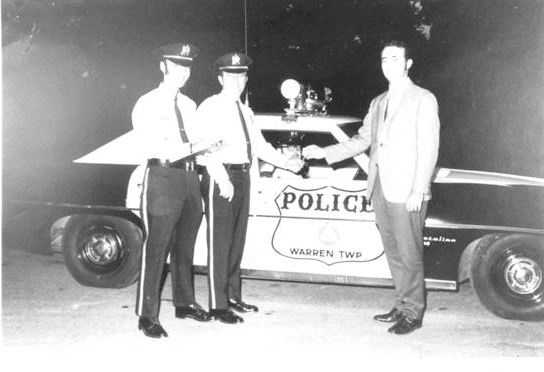 The Warren Township Police Department exists to serve our community.

We are committed to achieving the highest possible levels of performance through the foundation of our core values.

We are dedicated to ourselves, our department, and to the community and citizens that we serve. We will treat all persons in a dignified and courteous manner understanding and respecting ethnic and cultural diversity; in both our professional and personal endeavors. We guarantee to uphold the principles and values embodied in the constitutions of the United States and the State of New Jersey.

We will ensure that our members are committed, highly trained, and proficient in handling the daily demands of the law enforcement profession.

We promote a collaborative environment for sharing information, resources, assistance, and expertise. We strive to provide personalized and caring service in a courteous, efficient, and accessible manner. We foster community and employee involvement through motivation and problem solving partnerships. We will recognize and respond expeditiously to all police matters, general and emergent, with sincerity to those in need of our services.

We have committed ourselves to superior standards of discipline, trust and responsibility administering justice in a fair and impartial manner. We will maintain the confidence and support of the citizens through active partnerships, involvement and service to the community we serve. We are committed to the highest ideals of honor and integrity to sustain the respect and confidence of our township officials, our citizens, our business community and fellow members of the law enforcement community.

The Warren Township Police Honor Guard was established to represent the Police Department, its officers and families at police funerals, parades and other ceremonial occasions. The Honor Guard is designed to provide the department with a specially trained ceremonial team to render honors, preserve tradition, stimulate Esprit-de-corps and instill pride. It is our intention to assist all officers and their families during their time of emotional duress from the loss of their loved one.

The Honor Guard consists of hard-working, dedicated Warren Township Police Officers who give their greatest effort to ensure that this department and the Township are represented with pride, dignity and professionalism.

The Honor Guard participates in various events which include leading the Warren Township Memorial Day Parade, Presentation of the Colors at the Annual Police Department Awards Dinner, the 9/11 Memorial Service, the annual Arch Diocese of Metuchen Blue Mass, and Police Week Events in Washington, D.C.